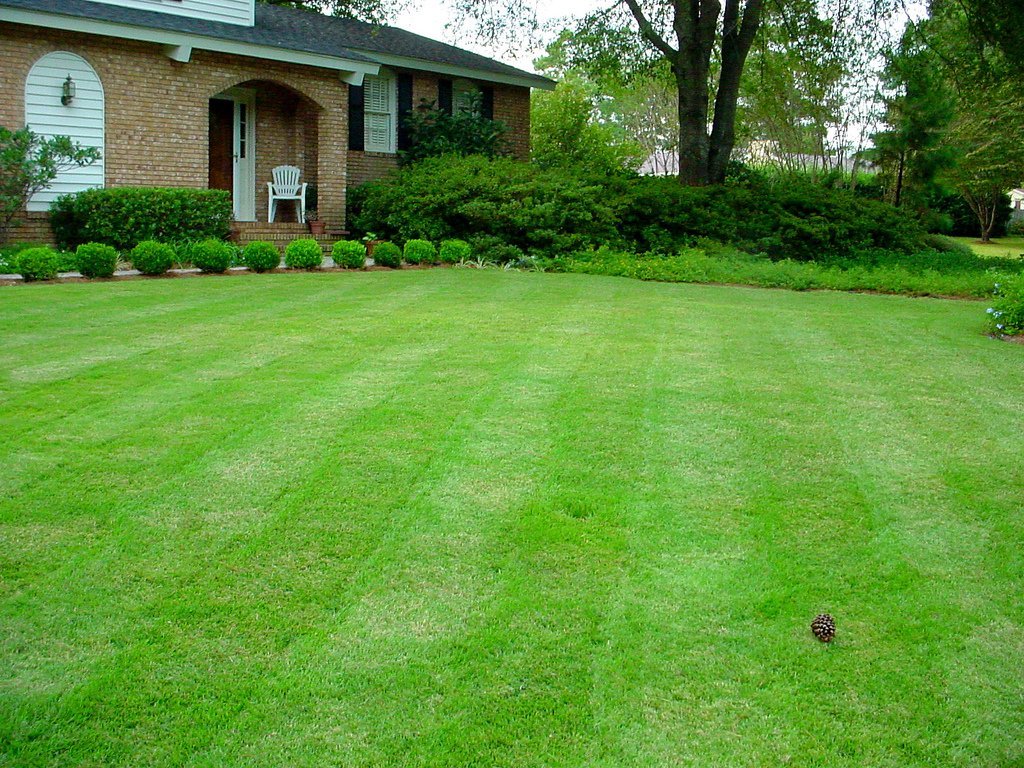 Just about everyone in this part of the world has a lawn or grew up with one. In fact we seem keen on coating every non-paved surface with turf. But why lawns are ubiquitous, just about no one can explain.

Why are we willing to accept something as normative without understanding how it came to be in the first place?

Lawns originated in Europe in the 14th century. This makes sense since the climate is well suited for grasses. In commonly shared grazing areas, they were 'mowed' by hoofed animals. By the 17th century, lawns evolved as a status symbol for those wealthy enough to devote resources, including humans, to maintain property for leisure and aesthetics. Then 18th century European immigrants brought these grasses to America.

The confluence of several factors in the 19th century helped lawns shape our idea of normal. One, the Scottish (remember, their climate is suited for grass) brought golf and lawn bowling with them. As golf gained popularity, the USGA and USDA teamed up to develop turf grass. Two, the lawn mower was invented in 1830- not surprisingly-in England, with its moist and mild climate. Three, the growth of cities due to industrialization led to city beautification plans, including the development of parks.

The spread of lawns went into high gear post WW2 with Levitt and Sons establishing low-cost cookie cutter suburbs to house the returning GIs. Each home had a lawn with strictly enforced rules of maintenance, perfect for the conformist mindset of the 1950's. Coincidently, the US needed uses for chemicals no longer necessary for war. Besides OTC medicines, food, beauty and cleaning products, chemicals were also diverted to lawn care.

So what of the American lawn today?

* Homeowners use ten times more chemical fertilizers and pesticides per acre than farmers.

*In a nationwide CDC study of nearly a thousand people, pesticides were found in 100% of the people who had both blood and urine tested. The average person carried 13 of 23 pesticides tested.

*Powered by a two-cycle engine, a lawn mower in one hour spews the same amount of exhaust as a car driven 350 miles.

*The EPA estimates over 17 million gallons of fuel are spilled yearly while refueling lawn equipment. That's more than the Exxon Valdez spill.

In a climate ill-suited for lawns and with its own distinct biome, beautification has come to mean transforming natural spaces to look like lawns owned by rich Europeans, in Europe. Water infrastructure, fossil fuels, and chemicals allow lawns to thrive where their presence jeopardizes all else.

As does our buy in. 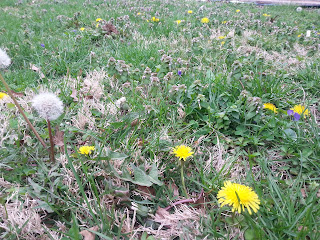 Oh Spring: the time of year when weeds are under siege because of our unquestioned pursuit of turf. You know lawns are problematic, right? They require tremendous amounts of time, energy and resources, poison water, air and soil but provide zero benefit to any living creature.

What does it mean we’re willing to destroy the worthwhile, like dandelions, and assert the useless even dangerous instead? Why replace plants that provide multiple benefits with the illusion of a ‘healthy’ green lawn?

Why risk so much for illusion?

Maybe perfectly manicured lawns manifest the illusions we wish for ourselves: my life is problem free and under my control. Illusions though require constant maintenance. Our resources depleted by what we’ve been conditioned to want, rather than directed toward seeking what we need.

I need broadleaf plantain because it soothes insect bites. The omega-3 fatty acids in purslane lower my cholesterol. Yarrow is my go-to antiseptic. Not only do weeds provide myriad benefits for humans, they are food for insects and essential for soil health.

Out with friends recently, an oversight caused me to shut down. My reaction, disproportionate to the incident, caused awkwardness. I felt embarrassed because I had been a pouty bitch. Like chickweed, it would be easier to remove the ugly event from my mental and emotional landscape.

Instead I am sitting with it.

Despite how mortifying my behavior was, I am curious. What does this incident have to tell me? Why did it spark such an intense reaction? What can I learn from it? Flaws, failures and the fearsome are as useful as the weeds in my yard.

I’m not saying this is easy. Lawns and their sidekick, landscaping, give us the illusion of control: I determine what grows where for my sanctioned aesthetic purpose. And it’s easier to reach for the human varieties of permethrin: busyness, addiction, approval, shopping or work (to name a few) to distract from what we deem ugly and bad. Besides, most of us know how to utilize distressing experiences about as well as we know how to make a salve out of weeds.


What if instead we approach the troubling things that pop up in our lives with curiosity rather WMDs? What if we expend time, energy and resources benefiting from rather than denying them?

They speak a deep medicine we need.