"and so to tenderness I add my action" Araceles Girmay 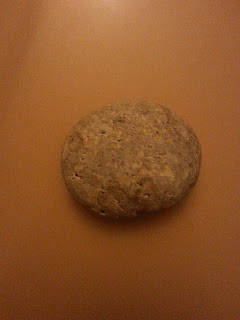 We were showered with well wishes and encouragement.

For our personal needs we were offered subzero sleeping bags, tents, a pocket stove, glove liners, a lantern, seasoned advice for camping in single digits, food for the long drive and more.

For the Water Protectors, a friend donated a bag of OTC meds, another dropped off comforters. We were handed cash.

My poetry mentor stopped by with a stone and feather. Years ago the stone from San Carlos, Mexico called to her and became her sacred stone. This week, it asked to be taken to a new home, to be among other sacred stones at Standing Rock. The consecrated feather from a Peruvian Shaman had participated in countless ceremonies. This week, it too asked to be taken to Standing Rock.

Like anything you do that matters, you realize you aren’t doing it alone or just for yourself. As friends messaged about donating on line or brought goods to my house, I realized I was a conveyor, carrying their energy, hopes, their intentions with me. I felt buoyed by this.

When we left at midnight, I placed the stone and feather on the dashboard, powerful totems to lead the way. Yet another friend met us off the highway at 3 am in the blustery Iowa cold and filled our car with thoughtful equipment for the wintering Water Protectors. We drove on.

Then it started to snow. Hard. We couldn’t see. We slowed down. Still couldn’t see. Checking the weather and road conditions we realized, at 6 am, we couldn’t continue. We decided to head home. The drive back was full of doubt. Should we have pushed on? Should we have hunkered down somewhere and waited for the blizzard to pass? Could we have extended our trip? Maybe driving would have been better in daylight?

A 12 hour round trip. I had wrestled my conscience about the emissions of this trip before leaving. It was painful to burn that much carbon for no good to come out of it; contradicting and undermining the cause we were going to support.

I felt distraught. We had planned so carefully, carved time away to make this weekend happen. A friend was watching our daughters, another friend got them off to school, we had folks at Standing Rock waiting for us, a car full of useful gear to deliver. The rock and feather had insisted on this journey. What will happen to the energy, hopes and intentions we had been entrusted with? I felt like I had failed; let people down.

Later we would find out vehicles had slid off the highway and roads were closed. Even snowplows were discouraged.

Besides check the weather when you plan a trip, what could I learn from this aborted mission?

This journey certainly wasn’t about my personal pilgrimage, finally participating in something I’d been following for years. It wasn’t just about delivering practical items for the winter either. Another group from Kansas City will take the donated items.

As we briefly white-knuckled through the storm, I thought about how climate change disrupts our best-laid plans. Granted a blizzard in the Dakotas is not unusual and had been foreshadowed by the Farmer’s Almanac. But it got me thinking about the 22 million people displaced by climate change since 2008. What happens to the hopes and intentions of these refugees? We take for granted the ability to execute our plans, even if they’re delayed by circumstance. What happens when we simply cannot? It’s really inconceivable isn’t it? Yet it is an increasing reality worldwide.

I also thought about the sacred stone and feather desiring to go to Standing Rock. I believe they want to take part in their planet’s restoration. For too long we humans have placed ourselves in dominion over the earth, subjugating all the earth’s elements to satisfy our intentions. But it is further hubris to now assume humans are the only beings capable of caring about the earth. The earth and its elements are living sentient beings, invested in restoration in ways we can’t understand. Maybe that’s why the DAPL saga has seized our hearts and imagination.

How then do we manifest such understanding in our lives? 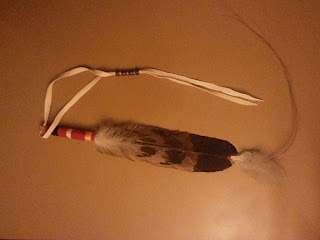